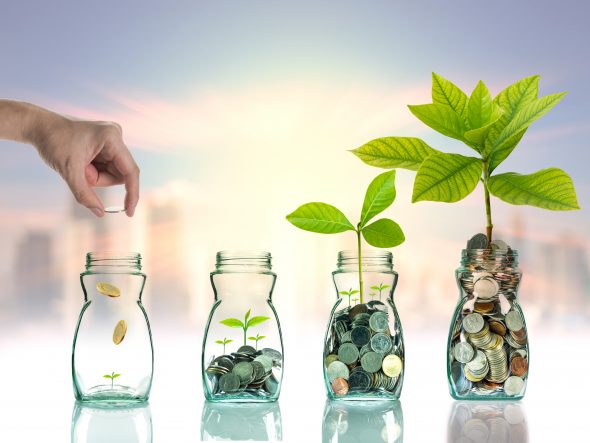 Over half of the people in Britain simply aren’t saving enough for retirement. Recent researched published by Brewin Dolphin, the wealth manager, shows that a huge chunk of the population are in denial about the sum of money they need to put aside to live comfortably in their twilight years. Do you think you’re set up? Think again! Here’s why.

We don’t save enough

We are living longer

Working adults in the UK estimate that their savings will need to last them seven years in retirement, but the actual figure is 19 years, according to the Office for National Statistics. Jasper Berens, the head of UK retail at JP Morgan Asset Management, says: “Advances in medicine and healthier lifestyles mean people are living longer. A 65-year-old couple might be surprised to learn that there is a 66 per cent chance that at least one of them will live to 90; many of us are not saving for this.”

Cash is not king

Generations of investors have regarded cash as a safe haven in volatile times, but that is no longer the case. The annual income savers receive from £100,000 in a three-month notice deposit account has fallen from £6,000 in 2007 to £575 in 2015. Over the past 15 years cash has produced an annualised return of -0.3 per cent when inflation has been taken into account. In contrast, equities have returned 1 per cent and bonds 3.1 per cent. Over the past 115 years, however, equities have returned 5.1 per cent, bonds 1.5 per cent and cash only 0.8 per cent.

We don’t invest for long enough

Taking a very long-term approach means that investors can benefit from the compounding effect of dividend reinvestment. JP Morgan calculates that a one-off investment of £5,000 in the UK stock market in 1985 would be worth £24,857 if dividends had been taken. This would treble to £75,400 if dividends had been reinvested.

Saving for the long term is also a very good antidote to market volatility. If you look at US share returns between 1950 and 2015, you find that investing for a year would have created returns ranging from 61 per cent to -43 per cent. If you invested over 20 years, the annualised returns would vary from 4 per cent to 18 per cent.

The Brewin Dolphin study shows that 78 per cent of over-55s who intend to pass on wealth to family members plan to leave money or investments in their will. As Ms Alley points out, this will often expose recipients to a potentially heavy inheritance tax (IHT) bill. “Only a small percentage of people have thought beyond one-off gifting with their IHT planning,” she says. “A huge difference could be made by making regular contributions to a grandchild via a Junior Isa or a pension.”

Ms Alley says that by making gifts from income a grandparent can transfer money out of his or her estate and into a grandchild’s free of IHT, provided that the gifts are regular and do not reduce the grandparent’s standard of living. The child then benefits from capital growth.

Don’t be spooked by market falls

One of the most common errors investors make is to panic and sell their shares during a period of market turbulence. This is almost always a mistake because they tend to end up being out of the market when it recovers. Tony Stenning, the head of retirement at BlackRock, the investment manager, says if someone had put £10,000 into the FTSE all share from 1995 to 2015, they would have an investment worth £45,519. Being out of the market for its ten best days would have cut that value to £24,631.

I know for many of us the age we will be relying on a pension seems far away, but it’s always best to begin saving as early as you possibly can, to avoid any unwanted financial situations. Don’t you think? Happy saving!